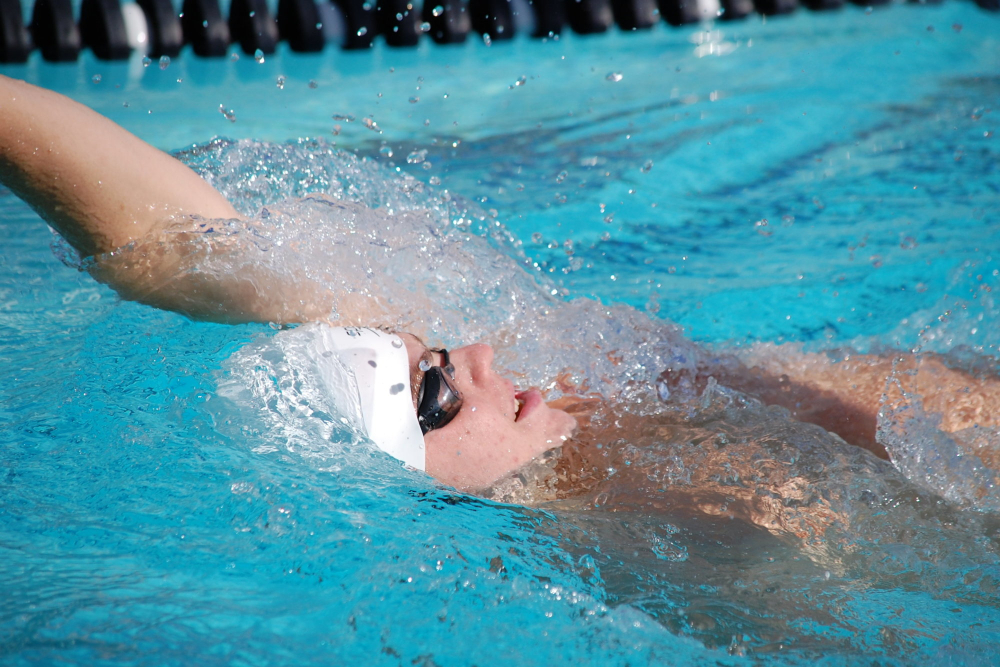 An Official Visit Should Not Be One Big Party

Recruits are often excited for an Official Visit and see it as a chance to experience college life firsthand, which is fine as they do not let it get out of hand. “Jason” was no exception and planned to take advantage of every opportunity during his visit to “Greater Atlantic University”. The first day, he attended a class, went on a college tour, ate with the team, watched practice and felt like the school was a good match. He liked the teammates and felt very comfortable and relaxed with them.  When he found out that the team was having a get-together that night, he viewed it as his chance to show the older swimmers that he was cool and could fit in. He didn’t hesitate when someone offered him a red solo cup and he downed it quickly and went back for more. He noticed that the other recruits were drinking water or soft drinks, but he thought they were simply less mature than he was. As the evening went on, Jason got louder and louder and was convinced he was the funniest guy in the room. The next morning, he was hurting but tried to cover it up and participate in the planned activities. The second night, there was another party and Jason repeated his activities of the previous night and fully believed he was the life of the party.

The last morning, he had a terrible headache and felt sick as he was meeting with the coach before departing for home. The coach could tell something was off and later asked his swimmers about Jason’s behavior throughout the weekend. Needless to say, Jason did not receive an offer from the school.

Of course, the college swimmers should not have taken recruits to parties, it is a violation of NCAA rules and it’s illegal if they’re under 21. However, it does happen and swimmers need to be prepared for it. They can walk around with a red solo cup filled with water if they are uncomfortable or need something in their hands. Most of the recruits I’ve talked to who are taken to parties say alcohol is available but there is no pressure to drink.

I Committed as a Junior and My Offer Later Changed

“Julia” made a verbal commitment to “Dream College” as a junior and was happy to have the decision made. She visited campus with her family on an Unofficial Visit then later took an Official Visit to meet the team. The coach told her she would qualify for multiple scholarships, including a small athletic scholarship and a significant amount of academic money. She applied to the university Early Decision (a binding decision where applicants who are accepted ED must attend the school with very few exceptions) and was confident that she would be admitted based on the assurance of the coach. When she received her acceptance letter, she was stunned. They granted her admission but told her that she did not qualify for any academic scholarships. By this point, she had missed opportunities at the other schools she was originally considering and she loved this school.

In hindsight, Julia should have asked to speak with someone in Admissions or Financial Aid to obtain more information about the requirements of the academic scholarship. It’s difficult for high school students to ask about scholarships and parents often need to guide them in the questions to ask. She could have asked the coach if he could guarantee that she would receive an academic scholarship, although it’s rare that a coach will do so. Unfortunately, this type of scenario may happen more often as swimmers commit before senior year when they can submit applications for admission and receive financial aid awards.

I Was Invited for a Visit Then the Coach Left

After months of talking and emailing with a college assistant swim coach at “Elusive University”, “Madi” was told she was one of their top recruits and would be invited for an Official Visit in the fall of her senior year. She was ecstatic as the school was perfect for her in many ways – two hours from home, medium-size and an outstanding program in her academic major.

She didn’t hear from the coach for a couple of weeks and thought it was odd but didn’t dwell on it. After three weeks, she tried emailing him and calling him but received no response. At this point, she checked the school website and his name was gone from the list of coaches. She reached out to the other assistant coach who was very vague and told her she didn’t know what was going on. The head coach was at an international meet so Madi had to wait another week for him to return to the country before he replied to her email. He didn’t acknowledge that she had been a top recruit or that he was even aware of her status as a recruit. Instead, he told her that their spots for visits were full but she might be able to visit in the spring.

Madi was devastated, she had her heart set on attending this school and she felt misled and abandoned. Madi didn’t do anything wrong in this case, she either fell through the cracks during the transition of coaches or the former assistant coach was talking out of turn.

Swimmers should not fall in love with one school, they need to cast a wide net and have many schools on their target list. It’s preferable to interact with multiple coaches at a school too, although this is not always possible since some colleges designate one coach as the recruiting coordinator to handle communication with recruits.

The lessons to be learned from these horror stories are to focus on realistic target schools and to pursue a lot of schools so there are several options.