Who Signs a National Letter of Intent? 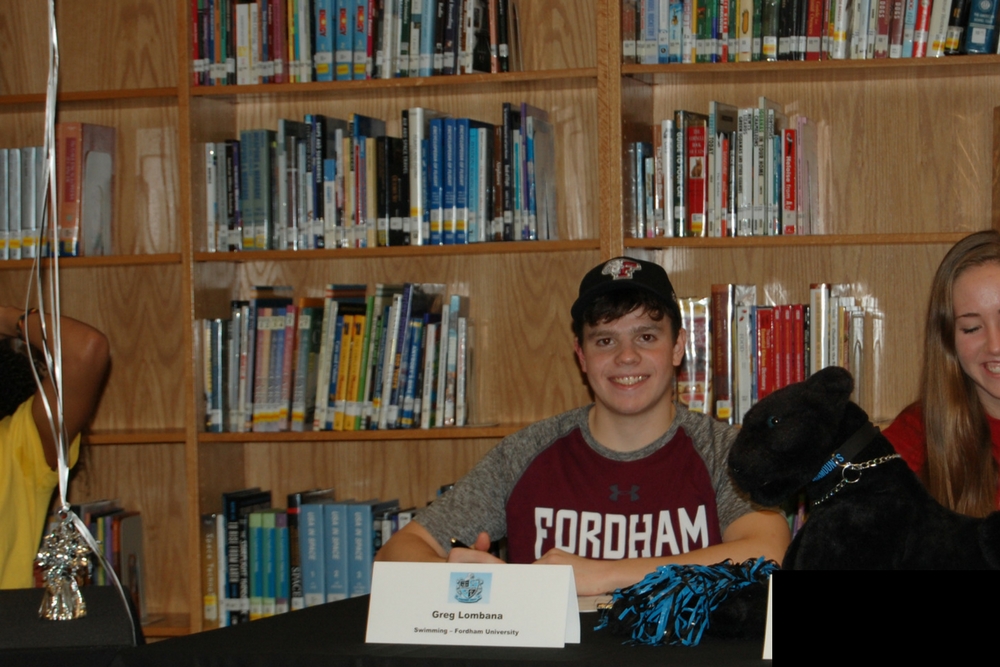 What does it mean to make a verbal commitment? Sign a National Letter of Intent? Commit to a school?

There’s a lot of confusion over some of the terms used to mean that a swimmer has agreed to attend a particular school – many of them are used interchangeably although not always properly.

A verbal agreement refers to a student-athlete verbally agreeing to play sports for a college before he signs a National Letter of Intent (NLI). The verbal commitment isn’t binding for either the athlete or the college and the agreement can be made at any time – swimmers don’t have to wait until senior year.

Verbal commitments have become very popular in recent years and are occurring earlier and earlier. The early commitments make the possibility of a swimmer changing his mind more likely. It’s hard enough for high school seniors to figure out where they want to go to college and even what’s important to them in a college – few juniors are ready to make these tough decisions.

I recently heard of an athlete who made a verbal commitment and was continuing to go on recruiting trips. This isn’t a good idea for a number of reasons.

A student-athlete can sign a NLI in order to officially commit to attend a Division I or II college as long as the school has agreed to provide athletic financial aid for a minimum of one year. This is contingent upon the athlete being admitted to the school and being eligible for financial aid under NCAA rules.

The NLI is voluntary and is not required for an athlete to receive financial aid or to participate in sports. Many athletes prefer to sign the NLI because it makes the recruiting process more certain.

Before your swimmer signs a NLI, make sure he is completely sure of his decision as there are penalties for signing an NLI but deciding to attend another college, including losing a full year of eligibility and completing a full academic year at the new school before being eligible to compete.

The NLI is a binding agreement between a prospective student-athlete and the college. It’s important to understand that the NLI is with the school, not the coach, so it’s still binding if a coach leaves the school. Sometimes swimmers form a relationship with the assistant coach who handles most of the recruiting. The turnover rate among assistant coaches is high so he may or may not still be coaching there by the time your swimmer arrives on campus. Ideally, your swimmer will get to know several of the coaches throughout the recruiting process so one coach leaving may be disappointing, but will not impact his overall impression of the team.

At the time of the signing of the NLI, the athlete must receive a written offer of athletic financial aid for the entire academic year from the institution named in the document. The offer must list the terms, conditions and amount of the athletics aid award.

After the NLI is signed, all other coaches have to stop recruiting the athlete and, in fact, are not permitted to have contact other than exchanging a greeting.

Walk-on athletes and other non-scholarship athletes do not sign an NLI, but there are other options.

Division 3 schools often use a non-binding celebratory signing form. This can be used during Signing Parties and other events to celebrate the swimmer agreeing to attend a particular program.

Division 3 schools aren’t permitted to publicize the athlete’s commitment to the school until they have received the financial deposit. That doesn’t prevent the swimmer from celebrating, the college just can’t publicize it.

Many other schools have a form of letter for the swimmers to sign at the Signing Party. Coaches understand that this is important to the athletes and are happy to help them celebrate when they are unable to sign an NLI.

This is a very exciting time in a swimmer’s career and should be enjoyed, regardless of the actual document the swimmer is signing.

Michelle Lombana is committed to helping parents like her whose children want to swim in college.  When she’s not reminiscing about her swimmer’s Signing Party, she can be found at www.collegeswimmingguide.com.