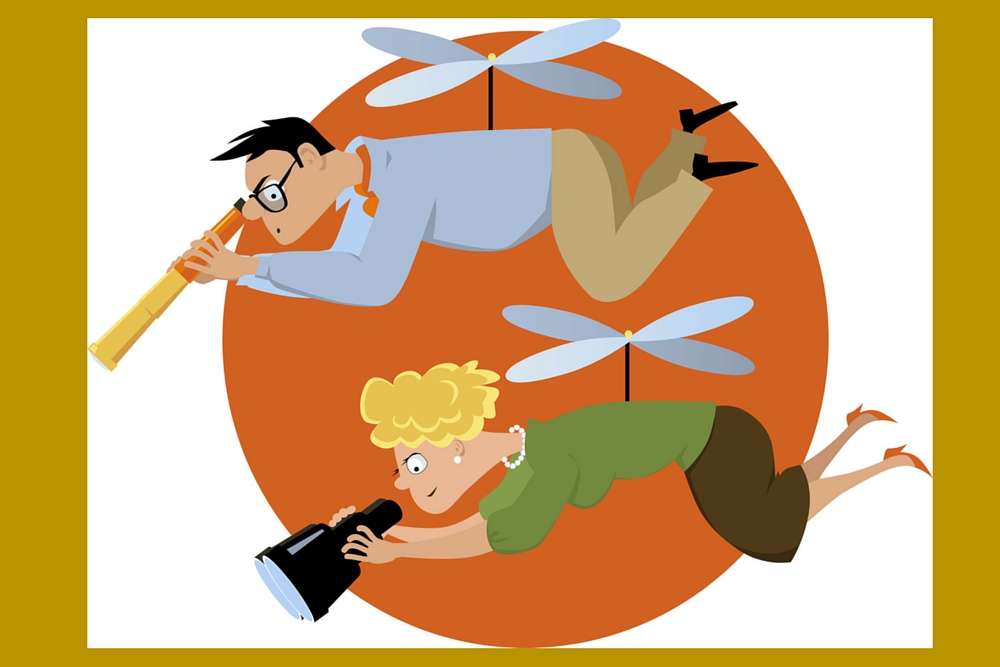 Is there anything wrong with being a Helicopter Parent? It is a popular term in the media today and we probably all know many of them in varying degrees. There is a fine line between being involved and providing oversight and guidance versus controlling our children and making their decisions for them. I had some different experiences this week that made me think about this and how parents can negatively affect their swimmer’s recruiting experience.

Army Mom Protecting Her Son
You may have read about the case of the Army Mom and the page administrator as the mom wanted her son (who had recently enlisted) to receive a badge before actually earning it as he felt left out without one. She was rather condescending in reminding the admin that she is an “Army Mom” and he eventually decided to have some fun with her by encouraging her to phone her son’s commanding officers to complain. He went into great detail giving her the titles of the officers and how to find the phone numbers then following up with her the next day to see if she reached anyone. He even told her to be sure to let the COs know that her son did not hesitate to let her know about the situation.

The entire exchange was ridiculous and may or may not have actually happened. It was very funny, as in laughing out loud hilarious. It generated literally thousands of comments and the poor kid had to be mortified – especially after finding out it was seen on social media by tens of thousands of people! Many felt that the kid deserved it for complaining to his mom about his lack of a badge, although he could have just made a comment and the mom took it and ran with it. Either way, she was way out of line. I do not think anyone would argue that she did not overstep every imaginable boundary by getting involved!

Swim Mom Living Vicariously Through Her Son
We all know someone like my friend – her son is a high school junior and they have been emailing back and forth with some college coaches. Every time I speak to this friend, the discussion centers on what she wants for her son, where she wants him to swim, what division she thinks he would fit in best, and so on. I have no idea where her son wants to swim – in fact, he may have no idea as I am not sure he has explored his options!

His mom is very focused on the opportunity of swimming finals in the Division Championship Meets so she wants her son to concentrate on swimming at a Division II or Division III school. There is nothing at all wrong with this focus, except it needs to be HIS focus, not his mom’s. She has slipped several times and said “when I emailed the coach at …..” then quickly changed it to say when her son emailed the coach. I have tried to gently suggest that the boy needs to handle the email communication and decide which schools to contact. If coaches call him after July 1st, when they are allowed to speak to rising high school seniors, he is not going to make a very good impression if he doesn’t even know which coaches he has emailed or what he has told them!

Dad Doing His High School Student’s Homework
Another friend of mine is all too common – he is still helping his high school senior with homework. This can range from quizzing her for a test to actually doing her projects.
His philosophy is that she already knows how to do most of the tasks required – color, use glue, cut objects, do research on the internet – so she does not need to spend her time on these tasks for projects. What she is not learning is how to manage her time nor how to be accountable for an entire project!

It would never cross my mind to do these projects for my kids as I do not want to cut, color or glue either! Seriously, learning to manage time is something all kids need before they leave for college. It is difficult for most of them during their freshman year even when they already have experience.

In all of these cases, the parents mean well and there is no doubt they love their children. However, they need to step back and trust their children to make decisions and to advocate for themselves. If they cannot do it by this age, how will they ever learn? I would typically say something along the lines of “they will not be able to do this when their kids are in the work force”. However, the Army Mom might try!

During the recruiting process, it is fine for parents to provide guidance and even to proofread emails to coaches, suggest schools to research, etc. However, they need to leave the real work to their swimmer. I have heard excuses ranging from “my child is too busy” to “she doesn’t really know what she wants”. If she is preparing to go to college soon, she needs to learn to manage her time and to figure out what she wants. There is no better time to learn these lessons than throughout the recruiting process!

Michelle Lombana is committed to helping parents like her whose children want to swim in college.  When she’s not restraining herself from being a helicopter parent, she can be found at www.collegeswimmingguide.com.