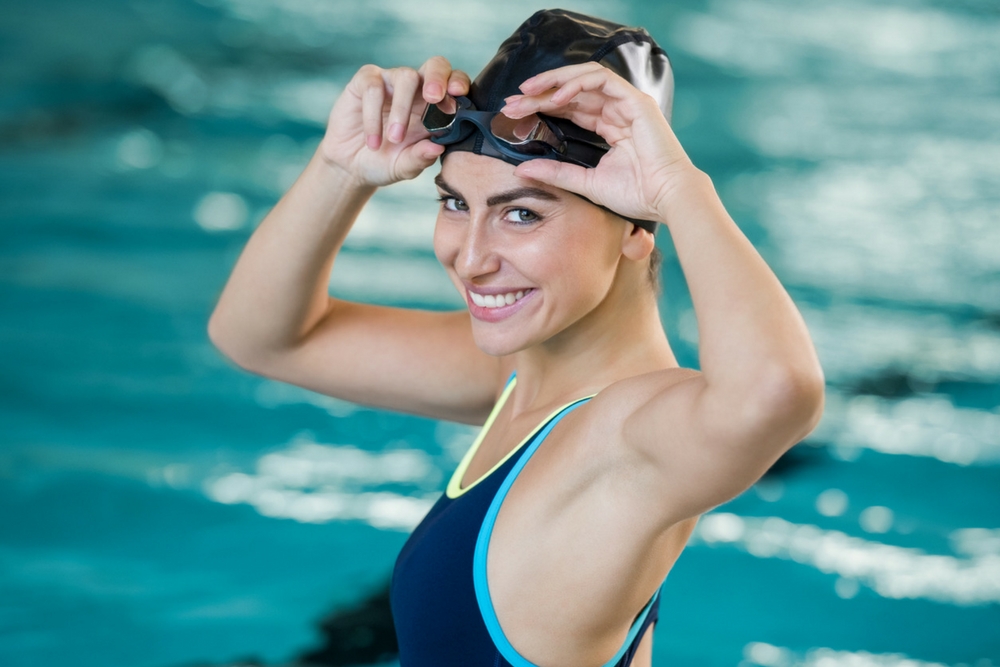 I attended my first college swim meet last week. Since my son goes to school far from home, I was not sure I would get to attend any of his meets so I was thrilled when the 1st meet was scheduled the night before Parent Weekend. I had no idea what to expect at a college meet but I was excited to be there.

Well, to be technical, I did attend part of an ACC championship meet when my son was 9. I asked him which events he would like to watch and he said “the mile”. He was fascinated with the fact that anyone would swim a whole mile and I thought it was going to be like watching paint dry. We really had no idea what was going on but it was interesting to see the college kids who looked so old to me back then!

When I arrived at this meet, there were already several parents there in team spiritwear and a mom was handing out name tags so we could identify ourselves and our swimmer. Everyone was very friendly and welcoming to the new parents. It seems as though any parents who live within about 2-3 hours try to attend all of the home meets. Many others just attend the big meet in December and conference championships. The parents cheered for all of the members of the team as they swam which was fun and helped me learn the names of some of the swimmers.

Even from the stands, I could feel the sense of camaraderie among the swimmers. They all supported each other and cheered as they swam – from the upperclassmen to the freshmen. They clearly wanted to swim well, but they were also there to have fun. For the most part, our team dominated but there were some good races for 2nd and 3rd place throughout the meet and the relays resulted in a lot of cheering.

In college swimming, the team captains fill a vital leadership role by inspiring all of the swimmers, sharing important information and providing encouragement. They were particularly helpful to the freshman who were experiencing their first college meet by telling them “good effort” and giving tips before races.

The opposing team was about a two-hour drive away and this in-state rivalry is often the first meet of the season. The men’s team has a tradition of growing facial hair before the meet and the freshmen fit right in and did their best to participate.  At the end of the meet, a theme song played and both teams jumped in the water. After getting dressed, our swimmers went out to ring the victory bell on campus.

Overall, the meet felt like a cross between a high school meet and a club swimming meet. The spirit and sense of team were strong as was the desire to swim well. I really enjoyed the meet and it was great to meet some of the kids that my son has been telling me about. I think part of the purpose of Parents Weekend at any college is to let the parents see that their kids have adjusted and are doing well at school. Attending my son’s first college swim meet did the same thing and I was so happy to see firsthand that my son has found a college team where he feels at home.

Michelle Lombana is committed to helping parents like herself whose children want to swim in college.  When she’s not attending college swim meets, she can be found at www.collegeswimmingguide.com.