How To Know If A Coach Is Interested In My Swimmer 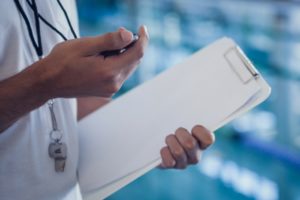 One of the hardest things to figure out during the recruiting process is whether or not a coach is interested in your swimmer. Just like anyone, swim coaches have varying styles of communication so there is no one-size-fits-all answer and coaches are assessing the talent pool at the same time swimmers are researching college swim programs.

Some coaches are very straight-forward and will clearly say “we are officially recruiting you”. This is helpful although it should never be taken as any type of guarantee or offer. Until the National Letter of Intent is signed, both swimmers and coaches can change their mind. This is rare but it does happen from time to time.

Coaches are trying to recruit the highest caliber of swimmer they can attract. I like to use the tongue-in-cheek analogy that they are trying to ask the prom queen out on a date but end up realizing that the captain of the chess team is more attainable. My son had a handful of coaches tell him they only invite Summer Juniors qualifiers on Official Visits in the fall. At the time, my son had two Winter Juniors cuts, and no Summer Juniors cuts, so he crossed those schools off his list. At the end of the recruiting season, we looked at the kids who had committed to some of those schools and they did not have the desired cuts.

Build a Rapport via Email

Swimmers and coaches often will establish an email chain prior to the date when the coach is allowed to call recruits. The tone of these emails can give clues about the level of interest from a coach.

Swimmers can ask questions that help gauge how interested the coach may be, such as:

A straight-forward way to find out is for your swimmer to ask where he falls on the list of potential recruits. If the coach says he is near the top, that is great and the school should remain on the list. If the coach hems and haws and says they are talking to many swimmers, or something similar, then make sure your swimmer has several other options on his list of schools.

One of the coaches my son contacted replied that they needed breaststrokers and sprint freestylers that year. Since those are my son’s weakest areas, he knew he would not be able to help the team and that they would have no reason to want him.

One of the most important things your swimmer can do is show that they are interested in the school. This appeals to the coach as he does not want to waste time on a swimmer who has no real interest in their school. He would rather focus his time and energy on swimmers who are likely to accept an offer and attend the school. If your swimmer is definitely not interested in a particular program, encourage her to let the coach know. Coaches are used to hearing “no” and would rather know upfront so they can look for other potential recruits.

Coaches also may ask your swimmer how many schools you are planning to visit or are talking to. Just like you and your swimmer, they are trying to assess your true interest.

Don’t Be Naïve: Just Because They Say They Love You Doesn’t Mean They Do

Even after building a relationship with a coach, there is no guarantee that you will be recruited by the school. There are many happy tales of swimmers who email back and forth with a coach, talk to them on the phone, go on an official visit, receive an offer and enroll at the college seamlessly. However, there are also many instances of the process not going as smoothly so you and your swimmer must be prepared to implement Plan B (and even Plan C and D when necessary).

My son had an aggravating experience with the college that was initially his first choice. After emailing back and forth with one of the assistant coaches for a few months and establishing a good rapport, he received a phone call from the coach on July 3rd and was told that he was one of their top recruits and they wanted to offer him an official visit. They discussed dates of visits and the coach asked for his test scores and transcripts.

Shortly thereafter, the coach let him know that he had been pre-admitted and that the school was offering him a very generous scholarship based on his academics.  My son was thrilled because this school met his desired characteristics in so many ways: strong program in his major; high team GPA (helpful when applying to grad school); and competitive swimming. In my son’s mind, he was going to swim for this university! We even stopped there for an unofficial visit on our way across the country on vacation. He met with a pre-professional advisor and we were totally sold on the school. A new assistant coach gave him a tour and never let on that anything was amiss, nor that the assistant coach who had been recruiting him was leaving the program the following week.

When my son tried to confirm the date of his official visit, the assistant coach did not return his emails which seemed strange.  After checking the school website and seeing that the coach’s name was gone, my son started calling the head coach and another assistant coach. A week later, the head coach finally emailed and told him that their spots for official visits were full and that he did not think my son would make the travel team. He invited my son for an unofficial visit and to participate on the team without traveling to meets.

Needless to say, my son was not interested in this “offer” as he felt misled and betrayed. After a few days of panic and mourning, he bounced back and we developed a Plan B. He went on 4 official visits and is very pleased with the school he chose.

Don’t take anything for granted and pursue several schools. If possible, it is a good idea to develop a relationship with more than one coach at a school although this is sometimes difficult if only one coach handles recruiting. Typically, your swimmer will develop a “gut feel” for whether or not a coach is interested based on the tone and frequency and quality of the communication. In order to ensure the best possible result, your swimmer should:

Michelle Lombana is committed to helping parents like her whose children want to swim in college.  When she’s not working on swim time spreadsheets, she can be found at www.collegeswimmingguide.com.