Deciding Which Events to Swim in College 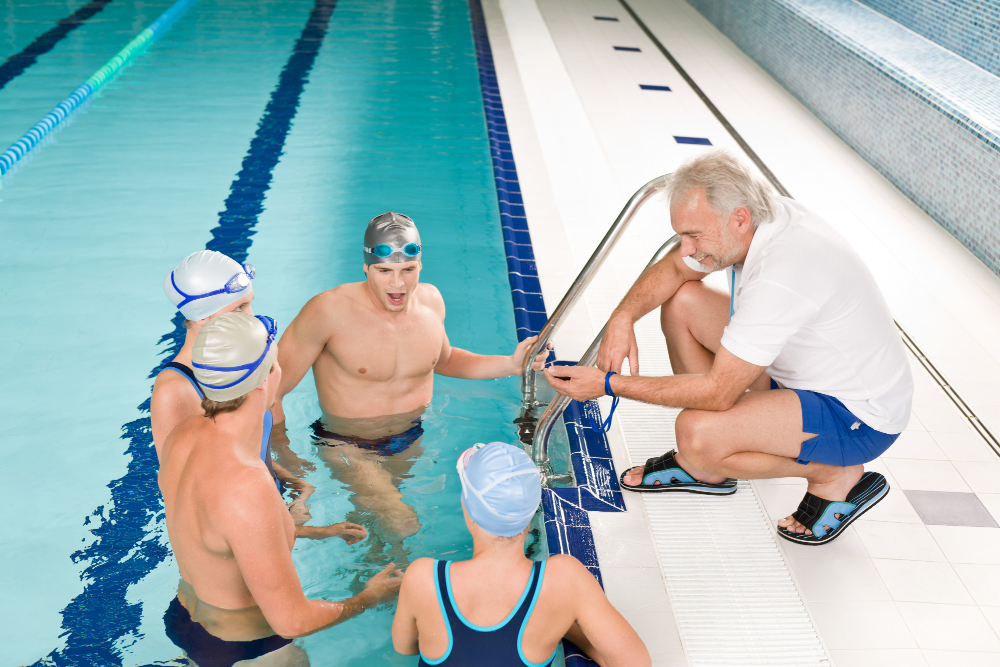 “Which events should I swim in college?”

High school swimmers hoping to be recruited to swim in college ask that question all the time.

The answer is primarily dependent on the needs of the team and the decision of the coaches. College swimming is more about the team than the individual so the coach will figure out how to score the highest number of points in meets and assign events accordingly.

Coaches want to place well at the Conference Championship Meet and are looking for swimmers who will place in the Top 16 there to score points. When organizing your recruiting tasks, it’s important to develop a target list of school to contact based on finding the best fit for your swimmer.

Some swimmers don’t care which events they swim. They are happy to be on the team, regardless of the event. This makes it easy.

Other swimmers are trying to improve in certain events and perhaps even achieve US Open or Olympic Trial cuts. If this is the case, it’s important to talk to the coach during the recruiting process and ask questions such as “what events do you see me swimming on your team?”

I knew a swimmer a couple of years ago who was a good all-around swimmer but her best events were 100 and 200 backstroke. She assumed she would swim backstroke in college and was happy with that idea. As the recruiting season went on, she saw two more girls commit who were also strong backstrokers, but who did not have as many alternate events as she had. Combined with the girls already on the team, she realized that she would be swimming freestyle in college as there was no room for her in backstroke. She wasn’t necessarily unhappy with this plan, but wished she had known beforehand as she might have made a different decision.

Coaches prefer recruits who have multiple strong events so they are can swim where they will contribute most. They will occasionally recruit a swimmer who only has one strong event if they really need that event on the team, but it’s rare. If your swimmer has one strong event, encourage him to focus on improving in a second or third event to make him more versatile.

A lot of college swimmers want to swim on relays – they are exciting and there is a lot of “glory” in being a college relay swimmer. The distance swimmers know that it’s unlikely will be put on relays, but it can be competitive among the sprint and mid-distance swimmers for a relay spot. Sometimes coaches will mention this but if they don’t, and if it’s important to your swimmer, he should ask.

My son was a mid-distance swimmer and could swim a decent mile, but nothing terribly impressive. It never occurred to him that a coach would want him to swim the mile in college. However, one coach he was talking to mentioned it as a second event. My son knew he didn’t want to spend four years distance training and swimming the mile so he crossed that school off his list. He was glad to learn this early on in the communication with that school.

There is always the chance that alternate events could change slightly as upperclassmen graduate and the needs of the team change. Swimmers should keep an open mind if this happens.

While swimmers should consider what events they want to swim, the final decision will be up to the college coach. This is why it’s important for the recruit to demonstrate interest by communicating and asking coaches questions throughout the recruiting process.

College Swimming Guide members have access to lists of questions to ask coaches and monthly action items guiding them through the recruiting journey as well as spreadsheets which compile the Conference Champs and College Top Event times.

You can do the research on your own, but College Swimming Guide simplifies it by doing much of the legwork for you. With recruiting rules changing recently and earlier commitments becoming common, why not have a partner helping you though the process? Consider becoming a member today!