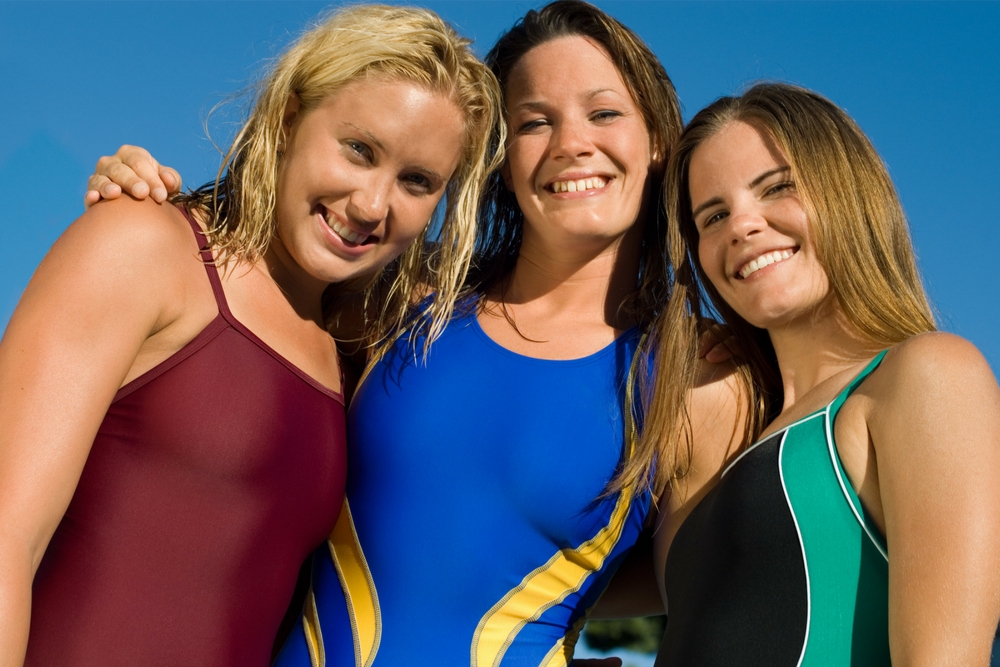 Before they left for school this fall, I had the opportunity to interact with a group of swimmers who are beginning their sophomore year swimming in college. They have a year of experience swimming in college now and several of them also hosted recruits on official visits last year. They were very helpful with a lot of good tips and advice to share with high school students who are in the middle of the recruiting process.

This two-part series will include my conversation with 12 sophomore swimmers. I spoke to Connor, Ryan, Morgan, Natalie, Sean, and Chris in Part 1.

All of them took three official visits except Chris, who only took one.

Sean ranked the important features to him as the majors, the team, the division, then teammates.  Natalie considered similar factors, including the team dynamic, the majors and the location of the school.

Chris was looking for scholarship opportunities and strong academics.

Morgan said, “I liked how the team interacted with one another and how inclusive/welcoming they are. I also really liked that I came in as one of the faster swimmers so I had lots of opportunities to score points and make an impact right off the bat. I also liked how our health sciences programs are ranked very highly, which is what I am going into.”

Ryan approached the recruiting process with a strong sense of what he wanted: “To be at a Division 1 Program at a team with potential to score well and be competitive in their conference; To have a great connection with the coach and trust their process in making their swimmers faster; To be a part of a team that had fun but worked hard when it came to swimming; To be at a good school with respect to academics or be part of an honors program; and To go in with an athletic scholarship or promise of one in the near future.”

Connor also looked at several factors and said, “I wanted to swim at a D1 school that was not too close to home. I wanted to be a part of a rising swim program with a great coaching staff. I also wanted a university that had a good engineering program.”

What were some important things you learned from your visits?

On his visits, Sean got a feel for team dynamic, the school environment, the people, the academics, and how the school made him feel personally.

Similarly, Chris said he got a feel for the school and the team culture while Natalie learned about the training schedules, classes, food and team dynamics.

Morgan learned that, “Every team is different and that college swimming isn’t necessarily as intense as year-round swimming. There is a lot more focus on getting stronger in the weight room while maintaining your strength in the pool as opposed to just doing a lot of garbage yardage in the pool.”

Ryan looked at what the team’s personality was like and what they did for fun. He also paid close attention to the campus and surrounding area, how the campus food tasted, and the facilities for study hall. He said that the ability to watch Saturday morning practice (common on many official visits) lets recruits see how a practice is run.

Connor said, “I learned a great deal about what I wanted in a school. Before my trips, I didn’t really know what to expect. Each trip showed me how different each college was and how different each team was. I learned about the academic programs for athletes and also the athletic support programs (trainers, weights, etc.).”

Chris was looking for a school with a strong business program because he wanted to major in either Accounting or Finance.

Morgan said that her major of Exercise and Movement Science was pretty important because, “I really liked how the college of Nursing and Health Sciences was like a community within the school since it’s the smallest college on campus and also the hardest to get into. A lot of our focus within my major is on alternative medicine and being healthy, which has always been extremely interesting to me as an athlete.”

Ryan wasn’t sure about his major heading into freshman year but was thinking about Finance. After a year under his belt, he says, “Turns out the business school is awesome and Finance is the right choice for me.”

Connor’s major of Computer Science was relatively important to his choice of school.

Most of the students were looking for a medium size school, not too big or small. Only Connor said the size wasn’t important to him.

What Advice Would You Give To Rising Seniors With Regard To Recruiting?

All of the students had good advice for high school seniors going through the process now.

Chris put it succinctly by saying, “Start early and swim fast,” while Natalie reminds swimmers to “Be open with all your decisions; it’s ok to change your mind.”

Ryan has a lot of guidance for athletes and said, “If you have not already begun talking to college coaches, do so immediately. Create a list of potential schools based on a few factors that you desire in a potential college/university. Do not be afraid to talk on the phone with coaches and have a list of prepared questions to ask when you do. Additionally, do not be afraid to ask for recruiting trips as most coaches and programs would love to show you their school. Also, the recruiting trips are the best way to get a feel for the school and can be very fun. Do not feel pressure to commit in the fall if you are a middle-tier swimmer. A lot of schools save a few spots on their rosters for later Spring commitments and even have Spring recruiting trips available. Clean up your social media profiles and have your current club coach put in a good word for you at the schools you are particularly interested in. Do not feel discouraged if you do not receive a response from specific schools. There are plenty of other options that will recruit you if you wish to swim in college. However, do not expect a scholarship right off the bat. There are plenty of opportunities to earn yourself an athletic scholarship after your freshman year if you work hard enough.”

Connor suggests that swimmers, “Make sure you examine all your options and GO ON YOUR OFFICIAL VISITS. Do NOT commit early just because everyone else is. You may think you know the whole story of a school after an unofficial or a junior day, but the official visit is the best way to know if it is the right school for you. Not only do you get to spend a night on campus, but you get a more in depth look into the university and the team.”

Morgan acknowledges that picking a college is important but encourages swimmers to “Remember to live in the moment and enjoy your time in high school with your friends while you can. I know it’s super stressful and easier said than done, but the future can wait so don’t spend all of your time worrying about it. Right now you’re a senior in high school so don’t hold back and just have fun.”

Michelle Lombana is committed to helping parents like her whose children want to swim in college.  When she’s not talking to collegiate swimmers, she can be found at www.collegeswimmingguide.com.