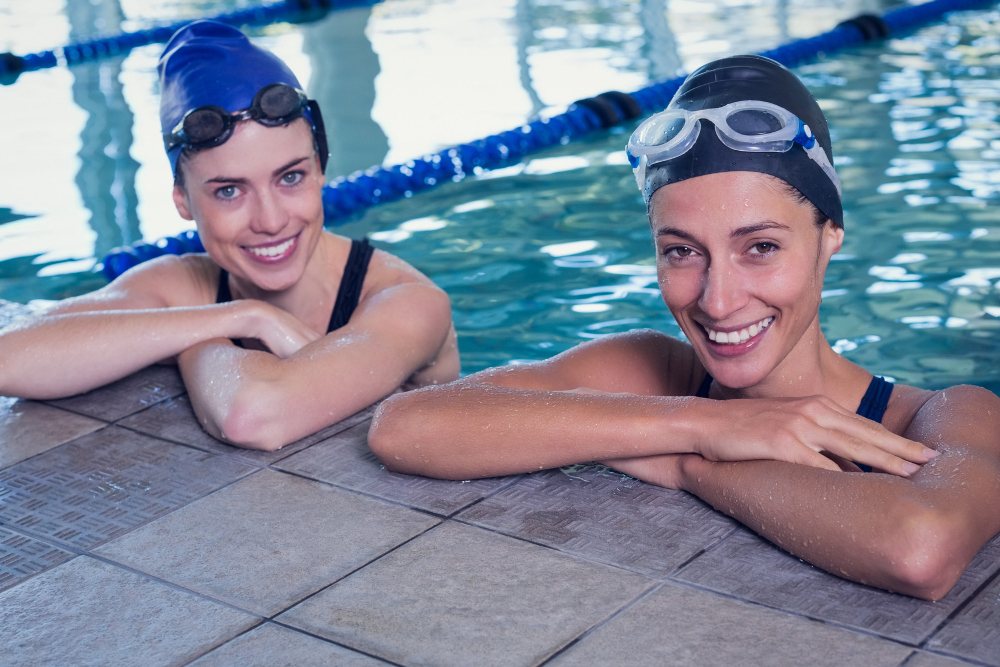 Before they left for school this fall, I had the opportunity to interact with a group of swimmers who are beginning their sophomore year swimming in college. They have a year of experience swimming in college now and several of them also hosted recruits on official visits last year. They were very helpful with a lot of good tips and advice to share with high school students who are in the middle of the recruiting process.

This two-part series will include my conversation with 12 sophomore swimmers. I spoke to Connor, Ryan, Morgan, Natalie, Sean, and Chris in Part 1 and to Greg, Shane, Tyler, Ashlyn, Theresa and Will in Part 2.

Ashlyn, Will, and Tyler took 3 visits while Shane took 2 and Greg took 4.

Shane wanted a Division 1 school that felt like a big, great family while Tyler said he was looking at how well he fit in with the team. Greg looked at academic majors and the location of the school as well as the teammates.

Ashlyn said “I first looked at schools with a kinesiology major (or exercise science). After that, it was mostly on how easy it was to talk to the coaches. I also wanted a close team with little drama. I didn’t care much about division or conference. I did talk to a D3 school, not super seriously though.”

Theresa viewed school as the highest priority and explained that “School was the first aspect I looked at. While the swim program was important for me to look at, school was always first. If I didn’t like the school but liked the team, it would have been fun to swim, but I would not have liked the education part.”

Will looked at both academics and swimming when considering programs. He said, “The college I ended up deciding on had a good school for my major. The coaches were all very encouraging and persuading me to join their team. It is an up and coming program.”

What were some important things you learned from your visits?

Greg learned about swim programs by observing the team members and listening to them to really get a good grasp of how the team trains and interacts.

Shane said he learned that he wanted to be at a big school and he found that the admissions process was more arbitrary than he thought.

Tyler learned about bonding with the team, which schools had his major and whether or not he liked the coaching style

Ashlyn said she mostly learned about “the personalities of the girls on the team. My main focus was to find a stable team with little drama. Meeting the coaches was also a big part. It’s important to remember that the coaches are trying to get you to come to their schools so they may act differently when recruiting you versus coaching you. Because of this, it’s sometimes a good idea to listen to the rumors about coaches, they tend not to be wrong when you’ve heard the same thing from different people.”

Will felt like he learned which team could best represent a family away from home and he also wanted to know that he was seen as an important prospect for the team.

Greg said it was imperative that a school have his chosen major which is Biology.

Ashlyn said her major “was my top priority because I knew I wanted to be a physical therapist. Bigger state schools tend to have more majors that are more established which can be helpful for kids who don’t know what they want to major in. At some schools, it’s important to know how hard it is to get into certain majors. For example, at (my school) the business school is very competitive, however, it is easier to get into as an incoming freshman. Therefore, even if you are unsure if you want to major in business but think you may, it is better to apply directly into the business school and then switch majors if you change your mind.”

Will summed it up by saying, “I am majoring in business. This was a huge aspect I was searching for because at the end of the day you’re there to get your education.”

Shane and Ashlyn were both looking for a big school while Greg and Will both hoped to find a medium-sized school. Greg specified that he was looking for a school with 8,000-15,000 students. Only Tyler said that size wasn’t a factor in his decision.

Theresa said school size was important and explained, “I did not want a huge state school, but I also did not want a small, couple thousand kid school. The school I chose is the perfect size I was looking for.”

What Advice Would You Give to Rising Seniors with Regard to Recruiting?

All of the swimmers had valuable advice for high school seniors going through the process now.

Tyler’s biggest tip was to “make sure you fit in well with the team.”

Ashlyn suggested that swimmers “start earlier than I did, at least sophomore year start looking into schools. Ask as many questions as possible on recruiting trips. Also, ask older teammates who have already gone through the process specific questions. They may have heard things about schools that you are interested in that can be good or bad.”

Theresa wanted to tell seniors to “go on as many visits as you can. They are not only important to help you see what college is like, but they are also extremely fun.”

Greg is more of a realist and said, “Don’t get your heart set on any one school because the coaches are looking at a lot of swimmers and they can’t make offers to everyone. Make sure you have several options.”

Will advised “When you visit a campus ask yourself, ‘Does this feel like home? Can I be successful in my sport as well as in the classroom?’”

Shane’s advice is good for anyone at any age, not just seniors. He said, “Go all out and believe in yourself, because you want people to like you and value you not your times.”

Michelle Lombana is committed to helping parents like her whose children want to swim in college.  When she’s not talking to collegiate swimmers, she is providing free information and helping members at www.collegeswimmingguide.com.