What Are Coaches Looking For In College Swimmers? Part 2 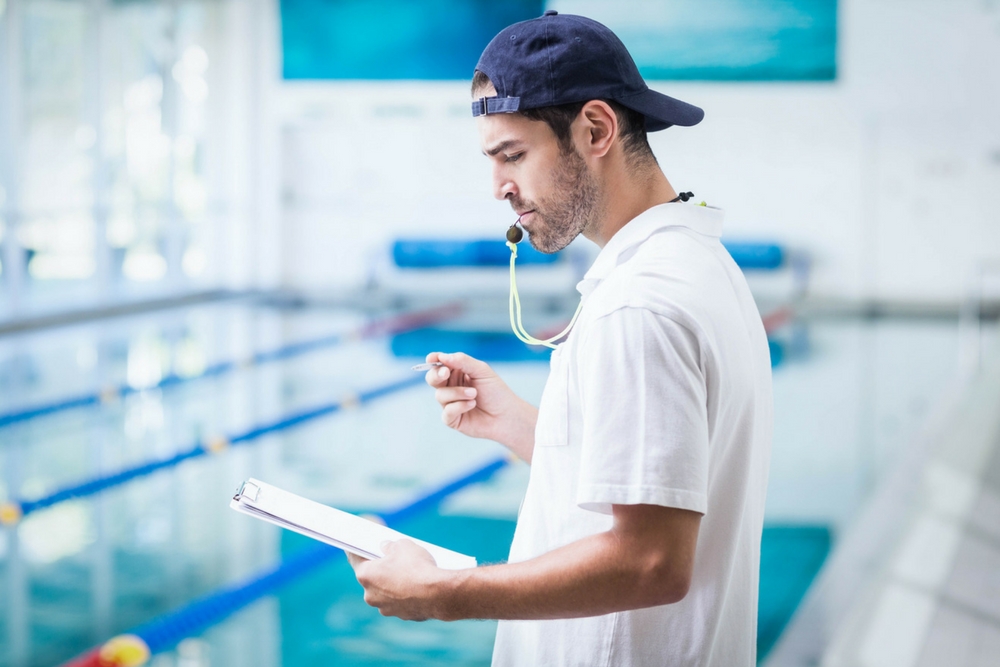 A common question during the topic of college recruiting in any sport is “What are coaches looking for?” This can vary from sport to sport and even from coach to coach, but there are many characteristics that are heard frequently. This multi-part series will explore some of the more common qualities that coaches are looking for when recruiting swimmers. In Part 1, we covered Speed, Events, and Academics.

All coaches want team members who are good sports. They evaluate this by observing athletes at meets and by talking to their current coach. I have heard of several instances of fast swimmers not receiving offers due to their poor sportsmanship.

There are many swimmers who want to swim in college – the field is very competitive – so a coach usually has many options for swimmers to recruit. If a swimmer does not react well when he loses or does not achieve a best time, this is a red flag to a college coach. Swimmers should be able to handle disappointment by this age!

I once saw a swimmer at a big meet throw her goggles after being out touched for third place. There were several college coaches at this meet who had been actively emailing her and recruiting her. After the meet, some of these coaches quit replying to her emails and moved on to recruit other swimmers who showed better sportsmanship.

College coaches also want swimmers who are coachable and this is one of the first questions they usually ask club coaches and/or high school coaches. They want swimmers who will listen and who will follow directions. A coach wants his team to swim fast, to score points and to win meets. A swimmer who is not interested in improving, or who already thinks he knows it all, will not be coachable.

Swimmers have to balance taking direction from their club coach when home on break and taking direction from their college coach when at school. When my son was home over Winter Break, he followed the practices given by his club coach but had to report the amount of time he practiced and his yardage to his college coach. He also had a training program to follow in the weight room from his college strength coach so he went to dryland with his club teammates but did his own program.

After swimming for a club coach for a number of years, most swimmers have a lot of trust in their training program. One swimmer went to college but did not trust his new college coach to train him to achieve his personal goals which included some high level meets. The team followed a different training style than he was used to. He stayed in daily contact with his club coach who gave him workouts to follow. Needless to say, this was not appreciated by his college coach, nor did it help him bond with his teammates. At the end of his freshman year, he transferred to another program, much to everyone’s relief.

College meets are high energy with a lot of cheering. They are like high school meets on steroids!

Coaches want swimmers who will add to the team spirit and who will get along with teammates. No coach wants a swimmer who will bring drama and controversy to a team.

A swimmer who prefers to sit by herself in the corner and not cheer for her teammates, or who is just uncomfortable with a loud, cheering environment may not fit in well with some college teams. She might be happier in a small team atmosphere with quieter teammates.

Official and unofficial visits are crucial for assessing this. When recruits stay with swimmers for the weekend, they are able to get to know the teammates and to see if they think they would fit in and would enjoy spending four years with them. They can tell if there is a lot of team spirit or very little. The current college swimmers are also evaluating the recruits to see if they will fit in and if they want them on the team. The coach will usually ask the teammates, or at least the host, for their opinion of the recruit before deciding whether or not to offer him a spot on the team.

My son took an official visit to a school that looked perfect on paper in terms of academics, size, location, and conference. However, he did not click with many of the teammates. He liked his host very much, but the host did not click with the rest of the team either so he kept taking my son to hang out with his dorm friends, instead of the swim team. My son turned down their offer because he just did not think he would have fun with the team for four years.

There are so many factors for coaches to consider when recruiting swimmers. In Part 1, we covered Speed, Events, and Academics and in the next part of the series, we will discuss three more qualities that coaches consider to be important.