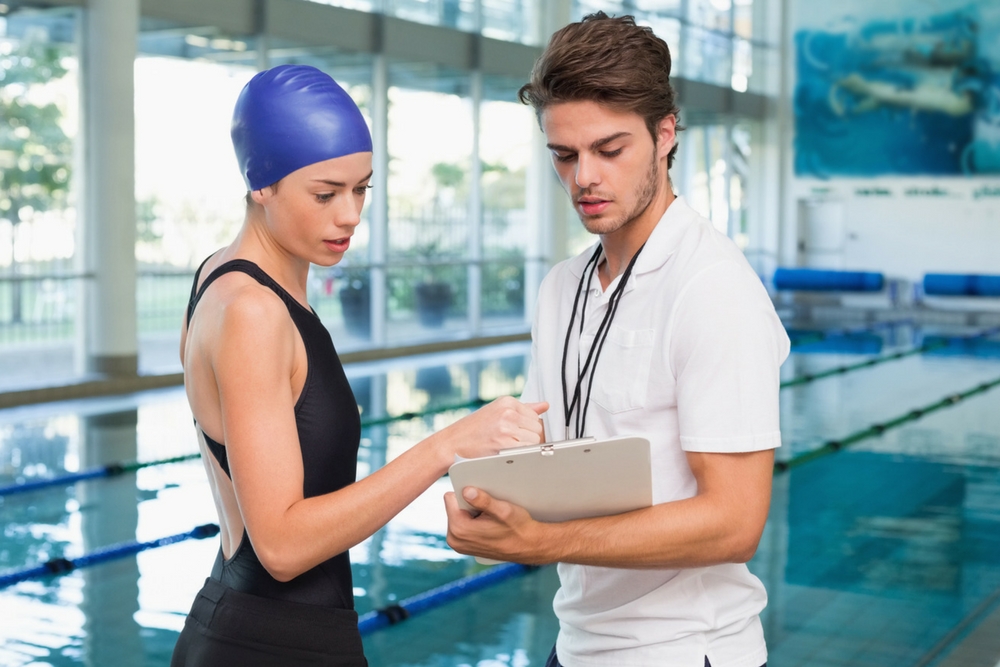 What Are Coaches Looking For In College Swimmers? Part 1

A common question during the topic of college recruiting in any sport is “What are coaches looking for?” This can vary from sport to sport and even from coach to coach, but there are many characteristics that are heard frequently. In this multi-part series, we will explore some of the more common qualities that coaches are looking for when recruiting swimmers.

Let’s face it – coaches want to win.  Their job is to coach swimmers to be fast and to score points. You would be hard pressed to find a coach who does not care how his team performs at the Conference Championship Meet. If a coach does not care about the team’s performance, it might not be a school your swimmer wants to pursue and don’t count on that coach being there for long.

The more likely your swimmer is to score points at Conference Champs, the more interested a coach will be. If a team is at the bottom of the conference, a coach will want to recruit faster swimmers in order to increase the team’s place in the conference.

Your swimmer needs to decide where he wants to fit timewise if he wants to be at the top of the team, the middle or the bottom. If he is at the top, the coach will be more interested in recruiting him, but your swimmer needs to make sure he will be able to stay challenged and motivate himself during practice every day. If he is in the middle, he has room to improve and can still contribute to the team. If he is at the bottom, he may not make the travel squad or qualify for Conference Champs his first years on the team. There is no right or wrong answer, each swimmer has to decide what is right for him.

In order to help determine where swimmers fit, College Swimming Guide members have access to spreadsheets with times required to score at Conference Championship Meets and with top 5 times per event at all college swim programs.

Coaches want a well-balanced team to score in all events and they will usually try to recruit freshmen who swim the events that the graduating upperclassmen swim. One team that recruited my son had seniors graduating who consistently scored points in six events. The first three recruits who received offers could combine to cover all six of these events, thus filling the hole the coach would have otherwise had.

Looking at the roster on the athletics web site at colleges that your swimmer is considering can help figure out whether the school us a good fit. If there is a clear need for a swimmer with your child’s specialty, that will make him a more desirable recruit. Conversely, if they have a lot of depth in your swimmer’s best events, the coach may not need him.

My son found this out the hard way…a college assistant coach was recruiting him heavily during his junior year, calling him throughout the summer before his senior year, and telling him he was one of their top recruits. My son’s times fit very well with the team, he was in the top half so he still had room to improve but could contribute to points at the Conference Championship Meet by sophomore year, if not before. We loved the school and my son was so excited until….the assistant coach left the program and the head coach told my son that they already had a lot of depth in my son’s events so they did not have a spot for him.

Coaches do not want to worry about a swimmer being ruled academically ineligible so they need to feel confident that a swimmer can earn good grades while in college. They gauge this partially on high school GPA and SAT/ACT test results and coaches will frequently ask for this information. Coaches want to recruit swimmers who can gain admittance to the college as there is no point in wasting time recruiting a student who is ultimately denied.

Teams are ranked and compared based on GPA. They want to beat the other sports at their own school and they want to beat the swim programs at other colleges. When the team GPA was released for fall semester at my son’s college, he was quite dismayed by how much the girls beat the guys!

College Swimming and Diving Coaches Association of America (CSCAA) just released the list of teams that achieved a GPA of 3.0 or higher for fall 2016 semester.

We found that some schools place more emphasis on team GPA than others and those coaches tended to mention it when calling or emailing recruits. My son always asked about team GPA if it was not mentioned as it was an important factor to him when comparing swim programs.

There are so many factors for coaches to consider when recruiting swimmers. In part 2 of the series, we cover sportsmanship, being coachable and team spirit. In the next part of the series, we will discuss three more qualities that coaches consider to be important.